Ginučiai mound with settlement is a historical monument. Located is Linkmena region, 1.3 km south from Ginučiai, between the lakes of Linkmenas and Ūkojas, in large hillside covered by trees. The eastern and western slopes are 16-20 m high, others are lower. There are traces of terraces on the slopes. The top of the mound is oval, 45 m. long, situated in north-south direction and 30 m. wide. Its northern and southern edges have shallow ramparts and sunken ditches. At the western bottom of the mound has the remains of the old settlement. The cultural layer has survived: few types of ancient ceramics have been found while doing archeological excavations. Ginučiai and the nearby Papiliakalnė mound are identified with the castle of Linkmenys in XIIIth- XVth centuries, which was part of the central defense system of Lithuania and was an important provincial defence point from Livonian Order in the XIVth-XVth centuries. Mound also protected the old trade route to the Daugava. 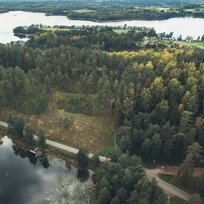 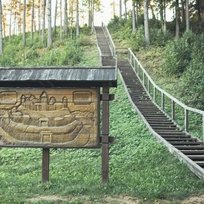 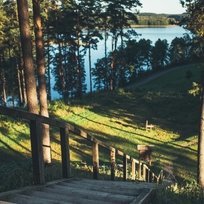 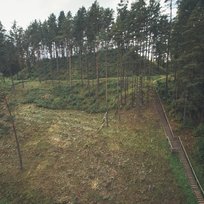 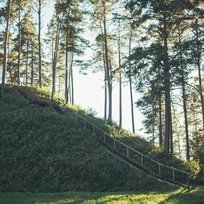 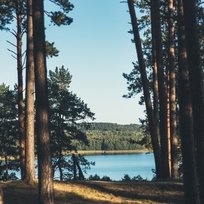 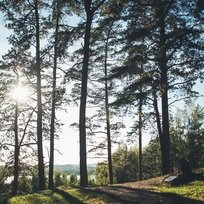 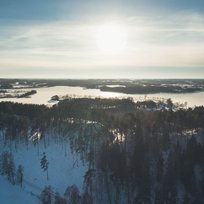