Juodagalviai mill belonged to the Krikoniai landlords Belikovičiai, mill was mentioned in the manor inventory books in XVIIIth century (in 1738 and 1750). The year of mills prosperity, his "golden age", was in the middle of XIXth, in the days of Edvardas Belikovičius. He built a new, more productive turbine from Poland, instead of one he built two millstones. One millstone grounded only poor grains for livestock and ducks, other millstone- flour for bread and cakes. The new turbine used water more efficiently. The water was used not only to turn the turbine, but also for other mechanisms work. People came to ground grains from surrounding villages. The first downfall in the mill was in 1939, when the Bolsheviks came, the manor and the mill property were stolen, and the second downfall began after the war, in the days of the collective farms. In 1944 after russians returned, the soldiers began to throw explosives into the pond of the mill. Explosions damaged the dam irreparably. After the creation of the "New Road" collective farm, the mill broke down, it was repaired, it worked with breaks, but it still worked. After explosion of the dam, a diesel engine was built in the mills (later it was equipped with electric motors). 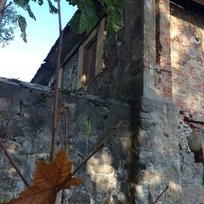 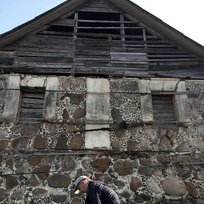 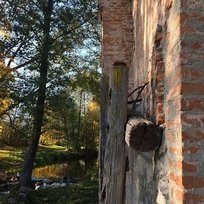