On the road Šakarva-Antalksnė-Kirdeikiai, just before the Antalksnė village, in the autumn of 2016 a charming, three-meter-high metallic guy rolling a stone "settled" in. The sculpture "A Road Worker" (made by Raimondas Žievys and Jonas Grunda) was built on the resting site and is about 3 meters high. The stone next to it, that came from fields located between Mozūriškė and Linkmenys, weighs 6.5 tons. The stone was brought by road workers, and the sculpture by special forces. 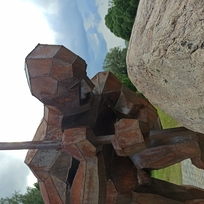 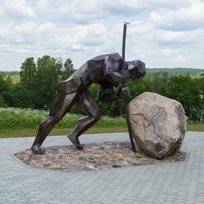 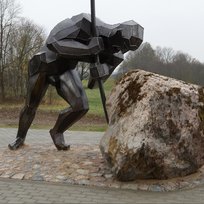 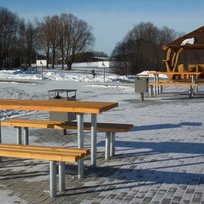