Tomb of the painter John Rustem

Jonas Rustem is one of the most famous in the 19th century. the first half of Lithuanian artists. French and Armenian (or Greek or Turkish) origin. Born about 1762 in Constantinople, buried on 21 May 1835 in Dukelis (Old Cemetery of Dūkšto).

The portraits were mostly portraits of Lithuanian high school and other prominent figures: landowners, professors of the university, doctors, intelligentsia of Vilnius, and self-portraits.

Jonas Rustemas was a lecturer at the Department of Drawing and Painting at Vilnius University (1797-1832). From 1811 Professor, since 1819 Head of Department.

The painter J. Rustem is buried in the basement of the church (now fallen). The cemetery is marked by a concrete obelisk with a metal top built in 1974. (architect Viktor Kunickas).

The cellar of the church is covered with a roof. 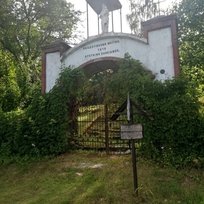 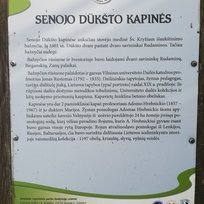 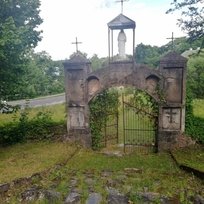 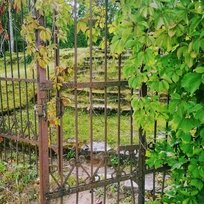