Church of the Birth of the Blessed Virgin Mary

Wooden chapel was built in 1929 and belonged to the Vidiškiai parish. In 1933 September 17 Gardin military dean, priest Kazimieras Suchockis, has consecrated a wooden church. In 1938 the construction of a new church started, but was interrupted by the Second World War. After the war incomplete church was seized by the Soviet government. In 1988 a new church design contest was announced, won by architect Ričardas Krištapavičius and designer Vincas Dineika. In 1989 November 11 Archbishop Julijonas Steponavičius has consecrated the cornerstone of the future church. In 1990 a parish was established and in 1999 construction of a new stone church was completed and consecrated by Archbishop Metropolitan Audrys Juozas Bačkis. Sculptures inside the church are made by sculptor Stanislovas Kuzma. 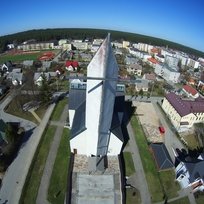 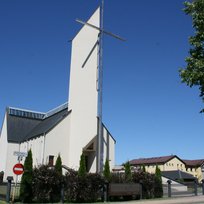 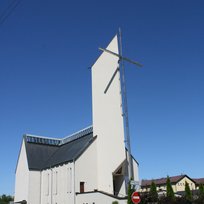 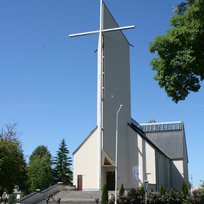 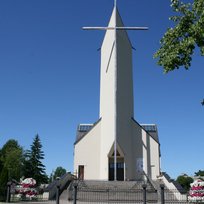 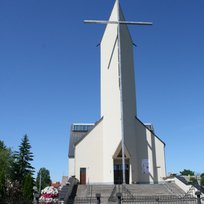 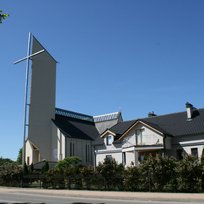