Wrapped in legends Gaveikėnai water mill, which once attracted devils, is now adapted for the rest of the priests.

This one-storied mill was built in the XIXth century and stands at the river Palaukis, in the south-eastern part of the Gaveikėnai village, in the outskirt near the road Ignalina - Ginučiai. Next to the mill, you will find a dam with a bridge, where you will often find people bathing. The folk artist Teofilis Patiejūnas carved several devil sculptures for the mill building. In 1978 mill was included in the Register of Cultural values.

There are a few legends about Gaveikėnai water mill. Ask the locals - they'll tell you at least one. For example: once the owner ordered the miller to ground buckwheats at midnight, with the idea that the devils would beat him at night. The next morning, the host comes to the mill, but the miller is sleeping and the devils are chained and squeling. It is believed that naughty devils comes to the mill even these days.

The mill is currently adapted for the rest of the priests. 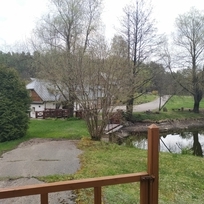 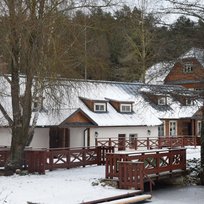 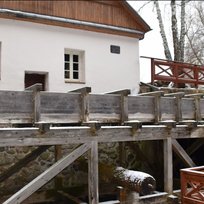 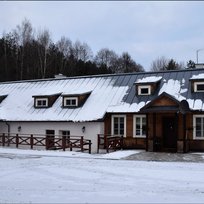