The owners of Kazitiškis manor Belikavičiai in 1745 built a wooden church and invited the monks to the unites. Monastery and church in 1834 was closed, equipped with an Orthodox church. Bishop Motiejus Valančius encourage the pastor of Salakas to build a chapel in Kazitiškis. It was built in 1860–1862, in 1864 Russian government closed it.

In 1905 to Kazitiškis was appointed priest Jonas Rimkūnas, which built a rectory from the old church. At one end of it he set up an altar and began to hold prayer. In 1906–1908 the current brick church was built. In 1909 church was consecrated by Žemaitija bishop Gasparas Cirtautas. In 1920 the church was in the occupied territory of Poland. In 1925 a parish was established. In 1934 The occupying authorities forbade the Lithuanian choir to rehearse. Pastor Vincas Bobinas (in Kazitiškis since 1928) was sentenced to 5 year in prison for Lithuanian activities. In 1938 the church was repaired.

The church is neo-Gothic, basilica, two-tower, with a lower apse. Inside 3 naves. Churchyard fence is wooden. 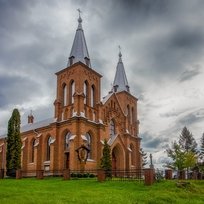 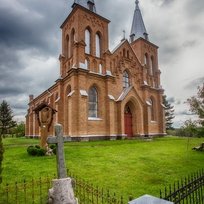 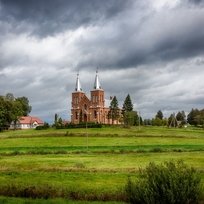 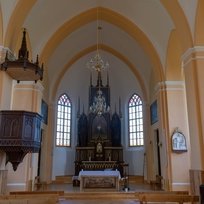 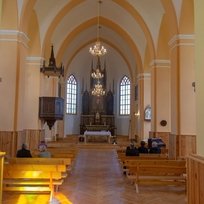 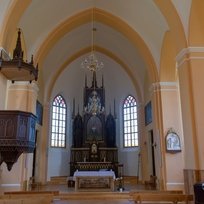