There is a memorial plaque next to Lake Ūsiiai dedicated to the Jews killed in this place. 1941 July. 70 people (120 on the memorial) were killed during an execution organized by the Nazi German authorities. Linkmenų mstl. Jews - men, women and children. People were buried in 3 pits. About 1961 the remains of those killed were excavated, stacked in several coffins and reburied in Švenčionėliai.

This place is included in the Register of Immovable Cultural Property. 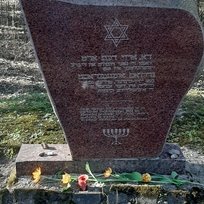 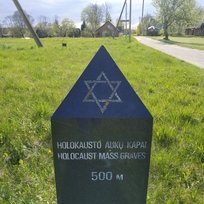