Palūšė St. Joseph's Church with its bell tower is famous not only for once adorning a paper litas banknote, but also for the fact that the church was built without the use of a saw or nails.

Cultural monument, 18th c. Second half folk architecture ensemble. It stands on a high hill, near Lake Lūšiai. Pastor of Adutiškis Juozapas Stockis Baziliauskas (Bazilevskis) in 1747 on the land inherited from his parents began to build at his own expense St. Joseph's Church. Construction was completed in 1757. (other sources - 1750). Built of pine trunks, with an ax only, without the use of a saw. 1815-1830 the church has been renovated. 1841 the church building is newly clad with boards. 19th c. pab. a chapel was built in the cemetery. Later, the church was repeatedly renovated, so the interior of the church is very different from the original planning and decor. 1885 a baroque-style organ was built. Jonas, the father of Cyprus and Mikas Petrauskas, was the organist. 1994 the church was restored with state funds. 1999 the organ, which was played by the father of Cyprus and Miko Petrauskas more than a hundred years ago, was reconstructed. The church, the belfry, the chapel and the wooden fence surrounding the cemetery form an ensemble of wooden architecture. Inside there are valuable works of folk art - paintings on the board, carvings, brass bells, decorated with baroque ornaments, cast in 1752 and 1772. 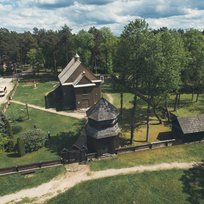 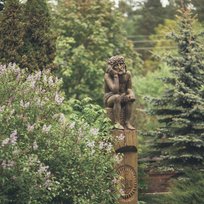 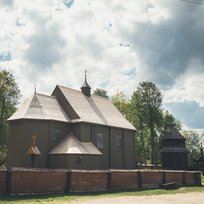 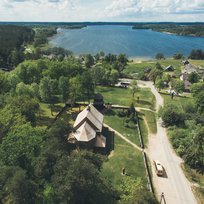 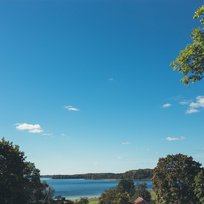 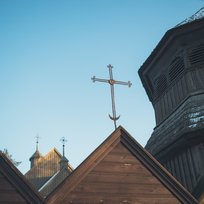 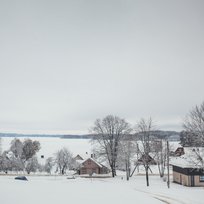 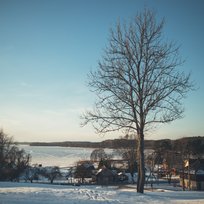 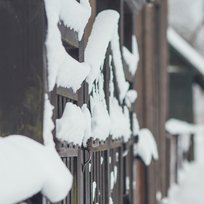 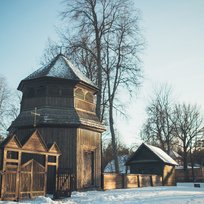