This program turns the magic and passion of the grand opera and ballet scene into an intimate conversation between pianist Ieva Jokubavičiūtė and violinist Silvia Simionescu.

Violinist Silvia Simionescu is known as an extremely passionate and intellectual performer. Her talent has opened her doors to prestigious concert halls around the world and the heights of her career. The violinist regularly performs at Barcelona's L'Auditori Concert Hall, the St. Petersburg Philharmonic, the Buenos Aires Theater Colon, Zurich's Tonhalle, Casals Hall, Tokyo, Beethoven Concert Hall, Bonn and elsewhere.

Born in Romania, S. Simionescu began playing the violin at the age of seven. She entered the International Academy of Music in Menuhin, Switzerland, where she studied violin and viola with Yehudi Menuhin, Alberto Lysy and Johannes Eskaer.

S. Simionescu is a laureate of international competitions - he won the 1st place in the international violin competition "Città di Brescia", the 1st place in the Osaka International Chamber Music Competition (as a member of the trio "Ligeti"). As a soloist she has given concerts in Romania, Japan and Italy. Over the years, Silvia has been invited to perform at major chamber music festivals such as Fuji Mount, Folles Journées de Nantes, Kuhmo, Sangat (Bombay, India), Menuhin (Switzerland) and West Cork (Ireland). ). As a dedicated chamber musician, she enriched her experience by playing with Joshua Bell, Carolin Widmann, Ana Chumachenco, Alberto Lysy, Bruno Giurana, Leon Fleischer, Alexander Lonquich, Jörg Widmann and Christian Poltera. Since 2009 Silvia is a member of the Gringolts String Quartet.

The powerful and sophisticated performances of Lithuanian pianist Ieva Jokubavičiūtė have won the recognition of critics in the USA and Europe. Her ability to accurately convey the essence of the work has been described by critics as a sign of "sharp wit and wit" (The Washington Post).

I. Jokubavičiūtė in 2010 has released the Alban Berg Tribute CD, which has been highly rated by The New York Times and other critics. 2014 the album Returning Paths was also very well received. The pianist regularly performs solo recitals in New York, Chicago, Philadelphia, Baltimore and Washington. In a concert with the orchestra, I. Jokubavičiūtė made her debut with the Chicago Symphony Orchestra at the Ravinia Festival and has since performed with orchestras in Rio de Janeiro, Brazil, Montevideo, Uruguay and Washington. Her piano trio Trio Cavatina won in 2009. the Naumburg International Chamber Music Competition; made his debut at Carnegie Hall.

The performer is always welcome at world-famous music festivals - he regularly performs at Marlboro, Ravinia, Bard, Caramoor and Prussia Cove festivals. She has also performed at festivals in Finland, Norway, Germany and Spain.

I. Jokubavičiūtė is a graduate of the Curtis Institute of Music and the Mannes College of Music. She is currently an associate professor at the Shenandoah Conservatory in Winchester, Virginia.

Before the concert, we invite you to visit the special goods store of Paliesius manor.
We look forward to seeing our e-mail. shop online! 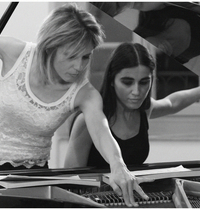 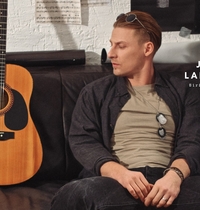 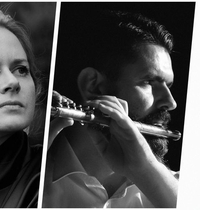 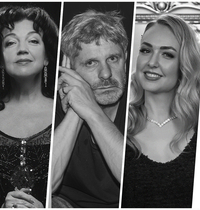 Music and poetry evening "Beautiful you, in life"
Concerts 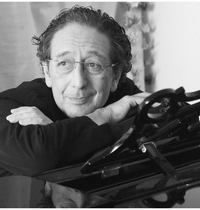 The cost of the event