The manor was first mentioned in 1738. The ornate stables of the manor have survived, which can be thought of as the main building of the manor, two alleys, laying, several outbuildings in the nearby village of Nastazavas.

The first information about the manor of Kazokinė (Koziczyna) was recorded in 1738 in the inventory, which contains information about a small manor in Ašmena county. The manor of Kazokinė belonged to Domininkas Mažeika, then passed to Stanislovas Narbutas in 1738 . Later, from 1782, the manor was managed by the Bortkevičiai family, which also had other property in Ašmena county. 19th century II p. the manor with extended property was assigned to Zablatiškės peasants, Švenčionys district. The valuable buildings and greenery of the Kazokinė manor homestead that have survived to this day were built and formed in the end of 19th century and the start of the 20th century. In 1940 the manor house, which belonged to Zigmas Bortkevičius, was nationalized, and after the Second World War, the central settlement of the ˇNew Lifeˇ collective farm was established there. After adapting the territory and buildings of the manor homestead to the needs of the collective farm, the ensemble as a whole was irreversibly damaged. Currently, most of the valuable buildings are abandoned, rebuilt or destroyed. 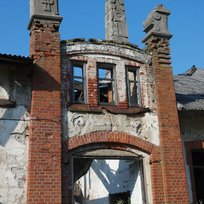 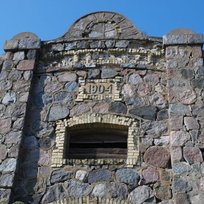 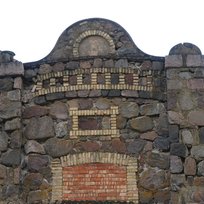